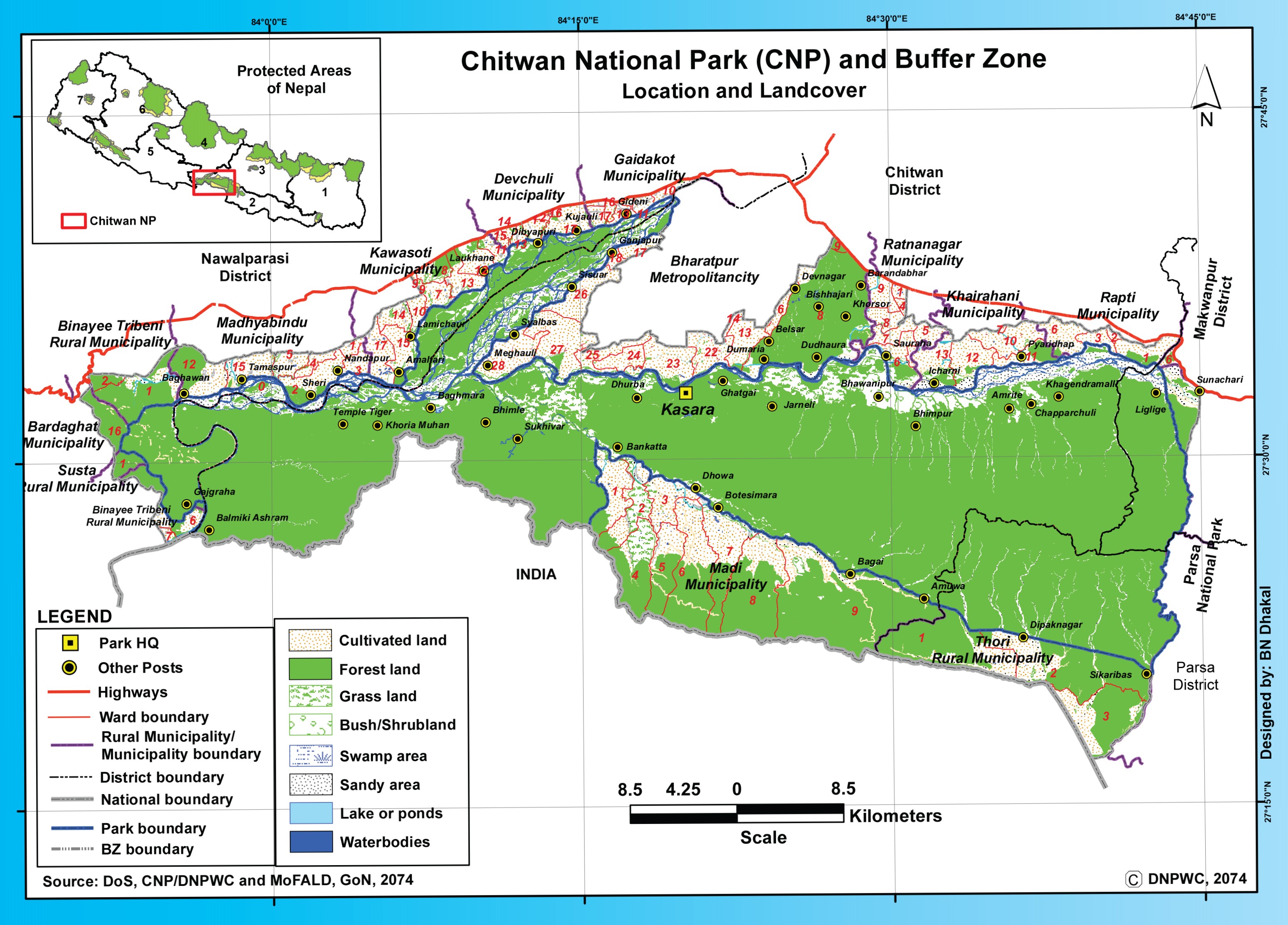 Chitwan National Park (CNP) is situated in South-central Nepal, covering an area of 952.63 sq.km, in the subtropical lowlands of inner Terai. In 1957, the area between Tikauli and the Mahabharat range was declared a “rhino sanctuary”, which was the first step towards formal wildlife management in the country. Due to heavy deforestation and rampant poaching, there was a sharp drop in the number of wild animals during 1950s. given this alarming situation, a national park to the north of Rapti River and a rhino sanctuary to the south were proposed. In 1963, the area to the south of Rapti was declared a rhino sanctuary and by April 1971, borders of the national park were fixed by a survey team. In 1973, the National Parks and Wildlife Conservation Act was enacted, and Chitwan National Park was declared as the first National Park of Nepal. In 1977, the promulgated boundaries were increased from 540 sq.km to 932 sq.km Recognizing its outstanding universal value of unique ecosystems of international significance, UNESCO declared the park a World Heritage Site in 1984.

In 1996, an area of 750 sq. km surrounding the park was declared as a buffer zone, consisting of forests and private lands. According to 17 October 2016 Gazette of Nepal, the area of Chitwan National Park and its Buffer zone has become 952.63 sq.km and 729.37 sq.km respectively.

SOME FACTS ON CNP