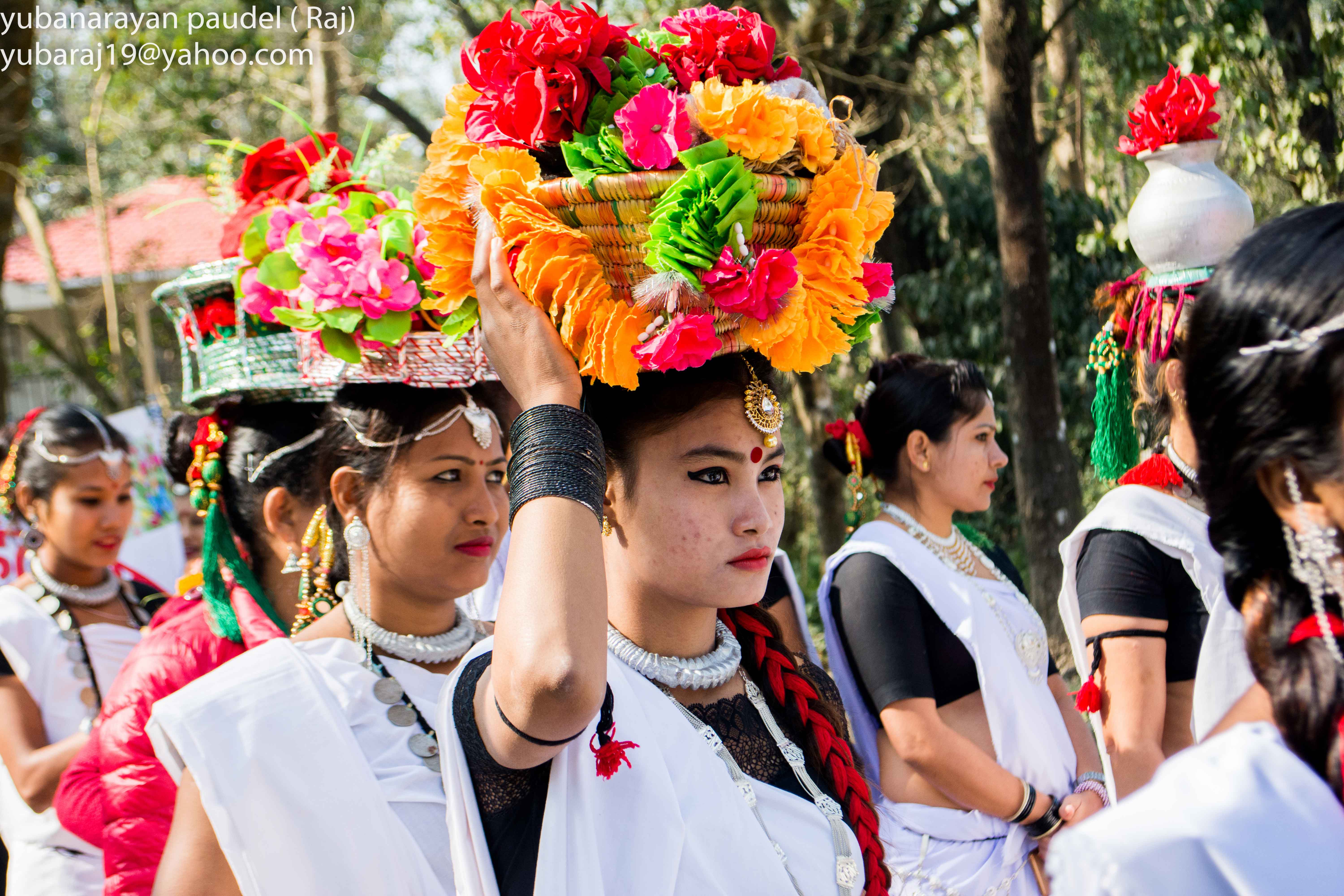 ABOUT THARU
About Tharu

The Tharu people are an ethnic group indigenous to the southern foothills of the Himalayas; most of the Tharu people live in the Nepal Terai. The Tharus are officially recognized as the nationality by the Nepalese Government. The Tharu people themselves say that they are a people of the forest. In Chitwan, they have lived in the forests for hundreds of years practicing a short fallow shifting cultivation. Until 1950, Chitwan was the home base of Tharu people and after the farming business grew up, then other tribes of people migrated to Chitwan. Tharus plant rice, mustard, corn and lentils, but also collect forest products such as wild fruits, vegetables, medicinal plants and materials to build their houses; hunt deer, rabbit and wild boar, and go fishing in the rivers and oxbow lakes.

Tharu people of Nepal have different and special food items like dhikri and ghonghi. Dhikri is made of rice flour. The dough from the rice flour is given different shapes – many are stick-like but some are also given the shapes of birds, fish and animals. It is cooked over steam and eaten together with chutney or curry. Ghonghi is an edible snail collected in nearby water bodies, which in present time is consumed by "Brahmin" tribe also. The ghonghi are left overnight so that all the gooey material inside them comes out. Their tail end is cut so that it is easier to suck out the meat from the shell. They are boiled and later cooked like curry adding spices like coriander, chilies, garlic and onion.

They follow their rich cultural tradition, and are unique compared to other beliefs. Nepali Hindu's women festival "Teej" is somehow like renamed to say "Jiteya" by Tharu Community. During these festivals, the tharu women spend the night without eating any kinds of food, to be more specific some women don't even drink water, and keep on dancing whole day in a group occupying a larger area to make bigger circular dance. Nowadays, some Tharu people are seem to celebrating Dashain and Tihar also.